So I just wanted to let everyone know that working as a missionary is not all fun and games.  Just the other day we had a celebration for three priests who had completed 25 years of permanent vows to the SVD congregation, and while there was time to hear the reflections of these devoted missionaries, we also had to endure good Ecuadorian cuisine and Chilean wine.  Just when we thought the hard part was over, a gang of Mariachi playing musicians invaded our space and then forced us to listen to the music and even worse to dance.

I tell you this was a rough day for all of us! 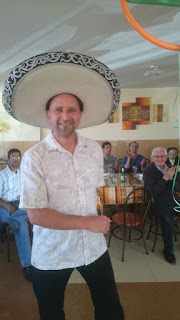 By now most of you know that my time in Cameroon was cut short due to the political problems going on between the Anglophone regions and the oppressive policies of the national government located in Yaounde.  As a result, I now find myself in Quito, Ecuador. 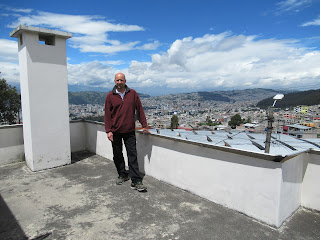 I have been in country for two weeks now and would like to share some first impressions. The community that I am working with is known as The Society of the Divine Word (Latin: Societas Verbi Divini, abbreviated SVD).  Upon arrival I was warmly welcomed by them despite the fact that my flight was delayed for two hours which meant they had to pick me up after 1am at the airport.  Fr John and Fr Marcos were there to greet me and they showed no signs of being annoyed; quite the contrary, when I tried to apologize for the late hour, they insisted that I not worry at all about it.

The next morning as I was introduced to more and more of the SVD community members I was pleasantly surprised to see how fraternal they all were with each other.  I truly got the sense that they genuinely liked one another and I was happy that I was going to be working with them.  This friendship they share amongst each other is also extended to those with whom they interact with and I have certainly felt it.  Additionally I have felt very looked after and they continue to make sure that I am being oriented well and have what I need. 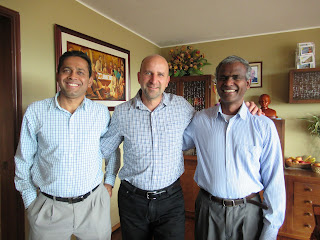 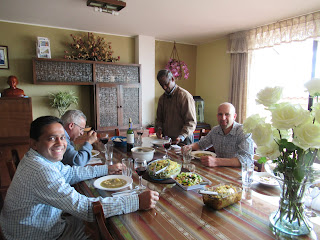 For example, since I have been away from the beach for a couple weeks now (and “need” to get some salt water on me) I have been invited to accompany one of the priests to the coast this weekend to visit one of their parishes. 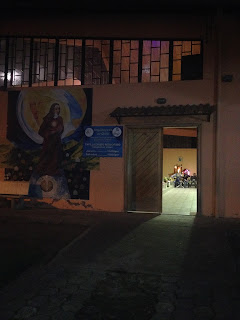 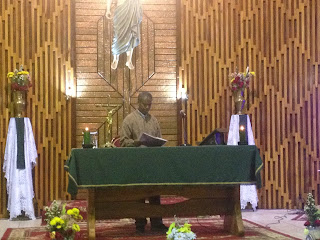 Ok so maybe I don’t need 😉 to go to the beach but I am most grateful for the invitation and am looking forward to the visit.  And to make matters even more peachy, apparently there are a couple surf spots close by that I hope to investigate.  Stay tuned for some pictures.

Jumping back a bit to my sense of being well looked after, I want to share another quick story.  Although my Spanish is basically ok to get around and navigate the country, it is really not up to par for truly interacting with and ministering to the people of the parish.  Since this is the case I expressed my desire to take some Spanish classes and within a few days of my arrival I was already signed up with an agency that Fr Nevil trusts and knows to be reputable. That alone would be good enough but the icing on this cake is that the agency also helps their students engage in some cultural experiences such as learning to cook Ecuadorian foods, visits to the Old Town, and even Salsa dancing classes just for fun.  Today we learned to make Cevichocho, a vegetarian version of ceviche, and really had a chance to bond with the other students and teachers. 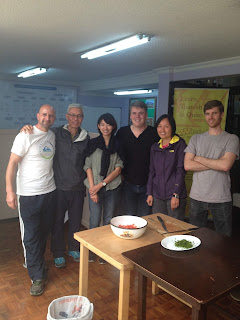 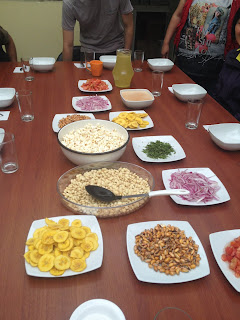 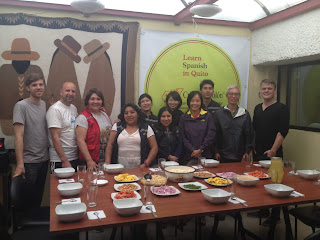 Back at the parish, I continue to be introduced to many people and have been already met with the youth group which apparently will be a significant part of my ministry.  This parish in particular is made up of several barrios which are divided into three segments, each with a separate church/chapel.  I have already had the opportunity to visit each of the three churches and they now know that there is a gringo among them, hahaha.

Ok I suppose that is all for now. Blessings to everyone, and please remember to keep me in prayer!

Marco Svoboda
My name is Marco Svoboda and I am a member of St. John Eudes Parish in Chatsworth. Previously I served as a Lay Mission-Helper in Cameroon, but due to civil unrest in the country, I had to return home. I have now been assigned to work with the Divine Word Missionaries in Quito, Ecuador as a Pastoral Associate. For Cameroon Blog go to: http://marcoincameroon.blogspot.com/